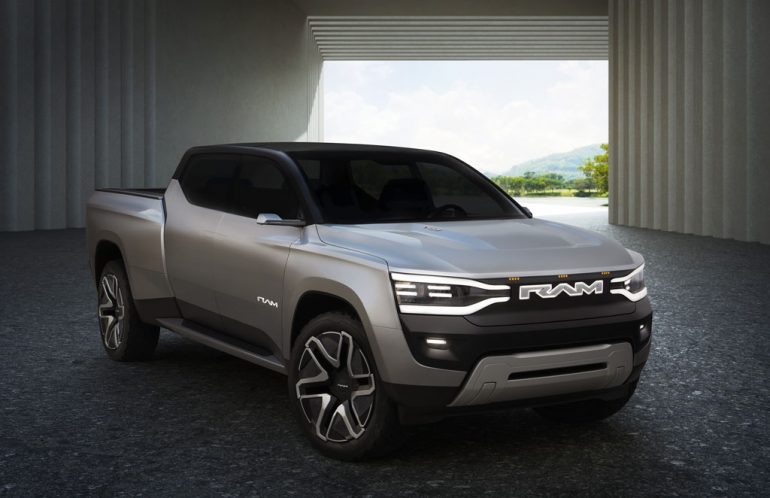 The Consumer Electronics Show (CES) this year is off to an intriguing start with some innovative products. In the circle of the automotive world, there are a few surprises, one being the introduction of the Ram 1500 Revolution BEV (Battery Electric Vehicle) Truck Concept that’s getting all of the headlines.

What we have here at CES is in concept form, but a lot of inspiration for what we will see in production form in a few months. Ram has been busy teasing us with an electric truck, but we feel that their come-from-behind tactic will pay off big to potentially best current EV trucks and the forthcoming General Motors’ EV pickups. Such an approach has given Ram and its Stellantis powers that be the upper hand in bringing some innovation to the market for what they think an EV truck should look like and offer under its uniquely-styled sheet metal.

In its crew-cab-only form, the Ram 1500 Revolution BEV concept features a forward cabin in a body that’s about 4 inches longer than the current 1500 Crew Cab but with the same bed length. Other notable style characteristics start with clamshell doors, or what some call suicide doors. Those doors are unlikely to make it to production but are a neat way to show off the cavernous interior, a cabin that brings the option of a jump seat that’s technically the truck’s third row. Moreover, the other seats are on a Ram Track floor-mount system that allows them to be detached and reattached, basically allowing them to swivel to face the rear. 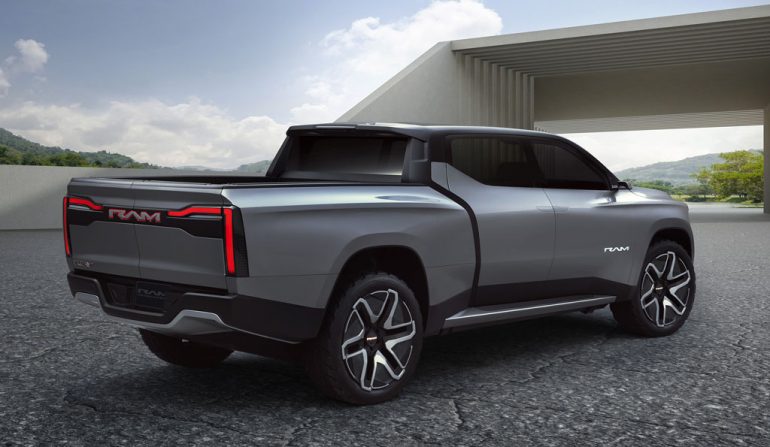 The rest of the interior is upscale, as you would expect from Ram. The steering wheel has a flat top and collapsible bottom, an illuminated Ram logo, and capacitive touch buttons. Speaking of buttons, we can’t find any – only the large 28-inch touchscreen that’s actually made up of two screens that can be moved or removed to act as a tablet. There’s no gauge cluster in the traditional sense, only an augmented reality display through a head-up display. Other things missing include sun visors, which look to be replaced by an interactive windshield that can be touched to slide and activate tinting to block sun glare. We’re getting into the future now! There’s also a huge front trunk, or frunk, that’s sure to compete with what the Ford F-150 Lightning offers. 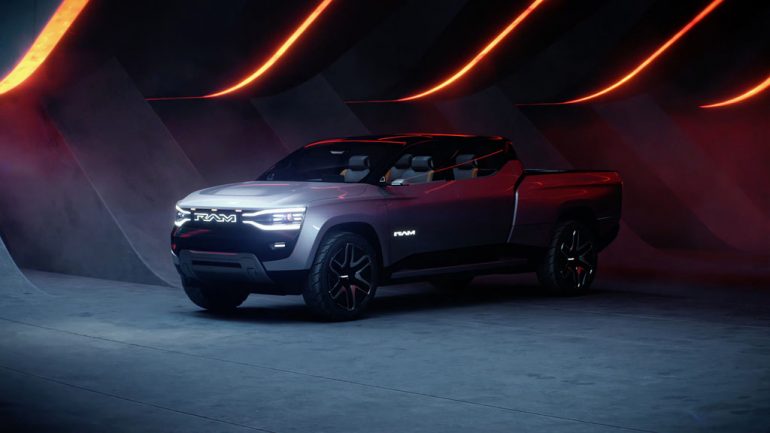 Rounding up the innovation in technology, the Ram 1500 Revolution BEV truck concept has a Shadow mode that acts like you’re walking a dog, but instead, the Ram 1500 EV will follow the driver who walks ahead. Such a feature is thought to be for those times when you only need to drive a short distance and don’t want to get back into the vehicle to drive. Lastly, there are My Day and Smart Home Control features that turn on the heat and lights in your home or active a Cabin mode for a customized environment for productivity, relaxation, socializing, or a party atmosphere. Oh, let’s not forget there is an intelligent storage app that helps measure objects to verify if they will fit in the truck. 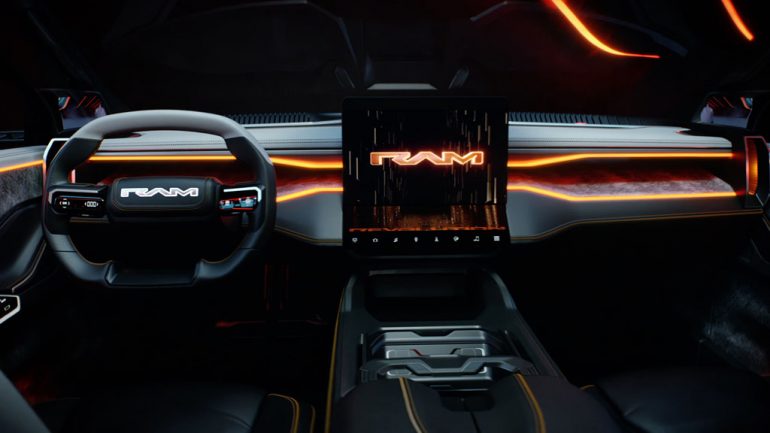 Getting down to the drivetrain, the Ram 1500 EV concept uses Stellantis STLA frame body-on-frame architecture. Such an architecture is dedicated for the full-size EVs from the brand combining a battery pack encased with underbody panels and an active diffuser for better aero. The 1500 Revolution BEV will have two drive motors, four-wheel steering (will be able to crab walk, too), adjustable air suspension, and 24-inch wheels with illuminated center caps that stay in place like a Rolls-Royce. As far as power and range, it is said that the Ram 1500 EV will tout class-leading range, which we expect to be close to 500 miles (or more – who knows!), and have the ability to add 100 miles of range in about 10 minutes from a 350 kW DC fast charger. We also expect the horsepower and torque figures to potentially best what is in the top trims of the Ford F-150 Lightning and Chevy Silverado EV. 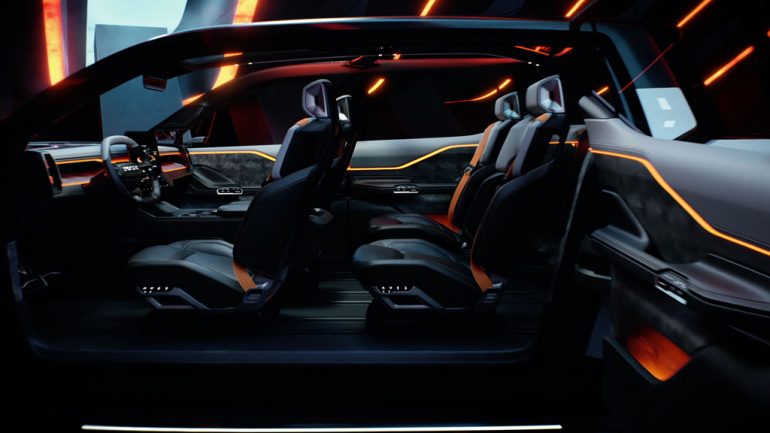 There will be “a truckload” of news throughout this year for new EVs under the Stellantis brand umbrella, and this Ram 1500 EV concept is just the beginning where Ram will closely listen to the feedback and reception of this innovative concept leading up to a full reveal of the real deal in a few months. We can’t wait!