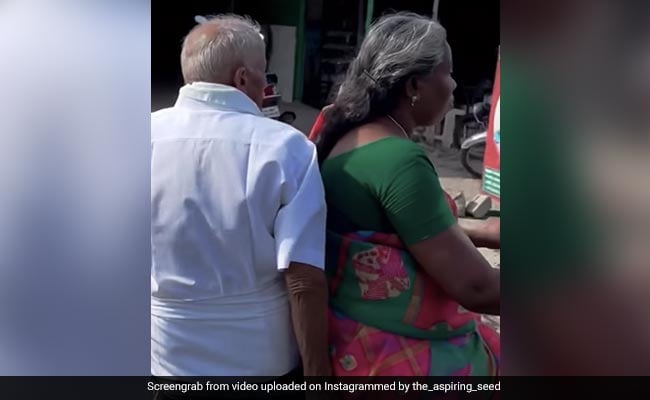 Picture shows an elderly woman riding motorcycle having her husband at backseat.

You must have come across various heartwarming videos while surfing the internet. These videos truly brighten the entire day. One such video has surfaced on social media shows an elderly couple enjoying a bike ride.

Shared by a user named Susmita Dora on Instagram on September 3, the video shows with an elderly woman riding the bike wearing a saree while an old man can be seen sitting on the backseat of the motorcycle wearing a white attire.

“Usually when we see a biker couple, it is always the guy riding the bike. Have you ever seen anything like this for their age?” reads the text super on the video, while the post’s caption reads “Couple Goals”.

The scene is unique, especially considering the couple’s age. But it can surely brighten someone’s day.

Since being shared online, the video has attracted more than 3.6 million views. The post has received more than 3.6 lakh likes so far and the Instagram users have praised such heartwarming ride with lovely remarks in the comment section.

“This is so lovely to see. Why women always on back. It’s really adorable,” wrote one user.

A second user said, “In south its normal.”

“She has her own swag, n that’s so cool,” commented a third user.