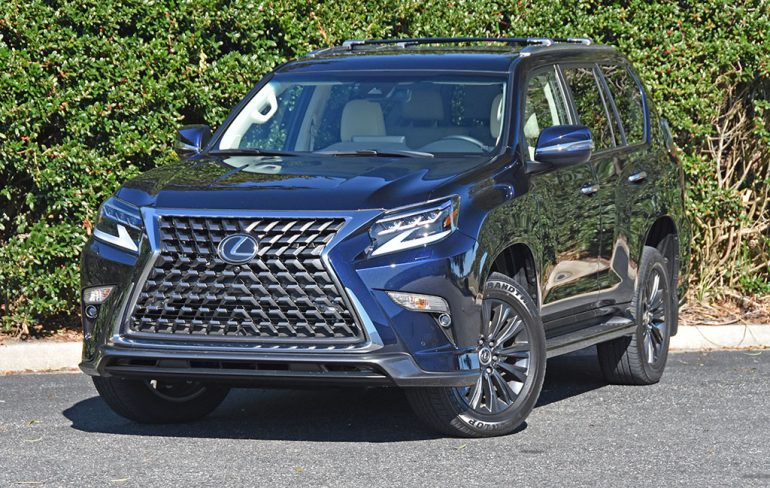 On occasion, I find myself reviewing somewhat aged “new” vehicles like the Lexus GX 460, which isn’t necessarily a bad thing considering it remains to be one of the most reliable vehicles on the road. However, that reliability comes with the fact that the current generation GX has been around for over 12 years now. Lexus continues to keep the GX around because there’s a dedicated fan base for its antiquated platform that touts a rugged body-on-frame architecture and a proven V8 drivetrain.

Despite the idea of the Lexus GX 460 being long overdue for a complete redesign, it remains to be a simplistic approach to what today’s crossovers and SUVs have turned into. With that, the Lexus GX 460 continues to be powered by a rather older 4.6-liter V8 engine that outputs a consistent 301 horsepower and 329 lb-ft of torque through an old and proven 6-speed transmission. Such an old powertrain still proves to get the job done, whereas the GX 460 surprisingly feels like it has much more power under the hood considering it can hit 60 mph in about 7.4 seconds. However, the overall performance doesn’t inspire much when you compare it to many other luxury SUV offerings, but it still has its proven off-roading prowess well intact and ready for extreme challenges. Such challenges are part of the Lexus GX’s forte in having a unique adjustable crawl control system and underbody off-roading protection, such as around the fuel tank. 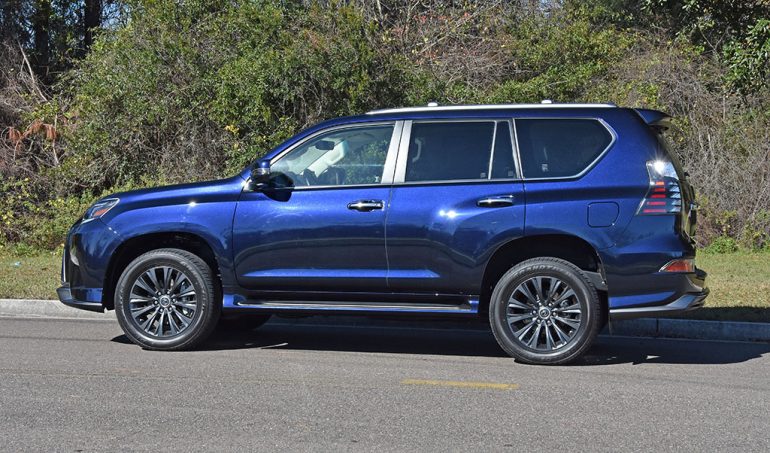 There’s a welcoming way in which the Lexus GX 460 drives where the steering feel is heavily weighted, the ride is firm but compliant thanks to an adaptive suspension with a rear axle air suspension system in the Luxury trim, and maneuverability is surprisingly easy with a tight turning radius. These characteristics, apart from the rather high stature that exacerbates body lean and rolls through sharp turns, are part of the reason buyers hold onto such a vehicle for so many years and why it remains in the Lexus lineup with its antiquated platform. Not to mention, the Lexus GX 460 proves to be a decent performer in inclement weather conditions with its standard full-time all-wheel-drive system and is able to tow up to 6,500 pounds. 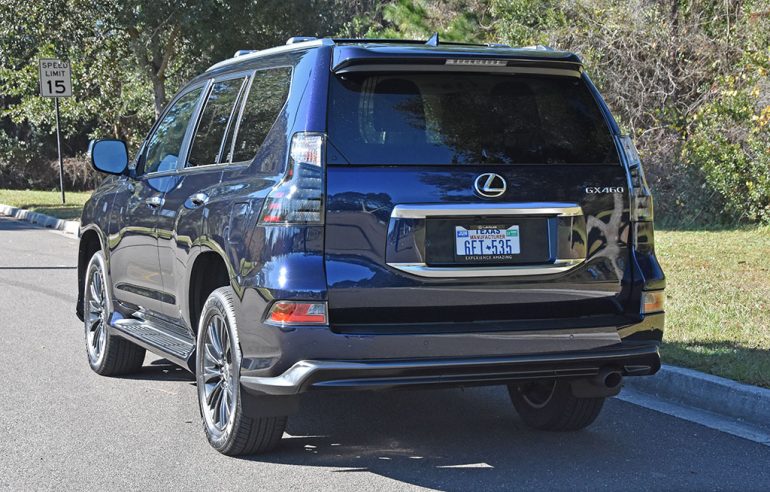 One of the few downfalls of the Lexus GX 460 remains to be its fuel consumption, where it tends to drink a bit more than its fair share of premium fuel considering its smaller power output figures for a V8 engine. While you get rather consistent gas milage, you won’t get very far past the EPA estimates of 15 mpg city and 19 mpg highway. Thankfully there’s a decently sized 23-gallon tank to provide a respectable range.

Where the Lexus GX 460 attempts to keep things fresh is in the area of its infotainment unit, which was updated in the 2022 model year. While the infotainment unit is nothing groundbreaking, it was updated to now include a larger 10.3-inch touchscreen and the integration of Apple CarPlay and Android Auto in place of a rather old 8-inch touchscreen unit in older model years but still lacks a wireless charger. The latest system is on par from what you get from vehicles like the Lexus IS that still includes the dreadful remote touchpad instead of the recently updated unit found in other Lexus vehicles like the new NX. I’m just happy Lexus did something because the GX was well out of touch with its tech and remains to be somewhat with its other instrumentation that rides on the idea of its proven reliability, just like the vehicle’s powertrain. 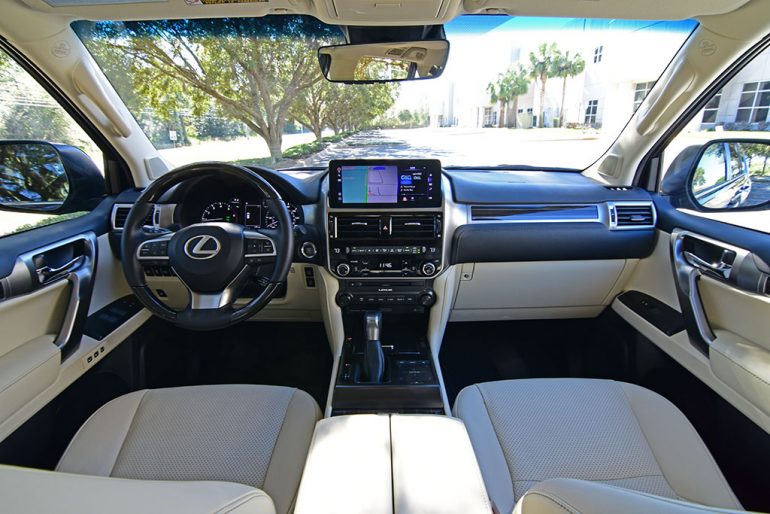 The high seating positions and proportions may be considered a little narrow in some areas but continue to accommodate with the versatility of seating positions. Cargo space is very short with the three rows of seats in place but opens up nicely when you power-fold the two-passenger third row. Accessing the cargo area is still done in a rather unique and odd way with the swinging rear hatch door, which requires that you have ample space behind the GX to open. Somewhat mitigating the wide swing to access the rear is still done by lifting the glass window of the hatch. 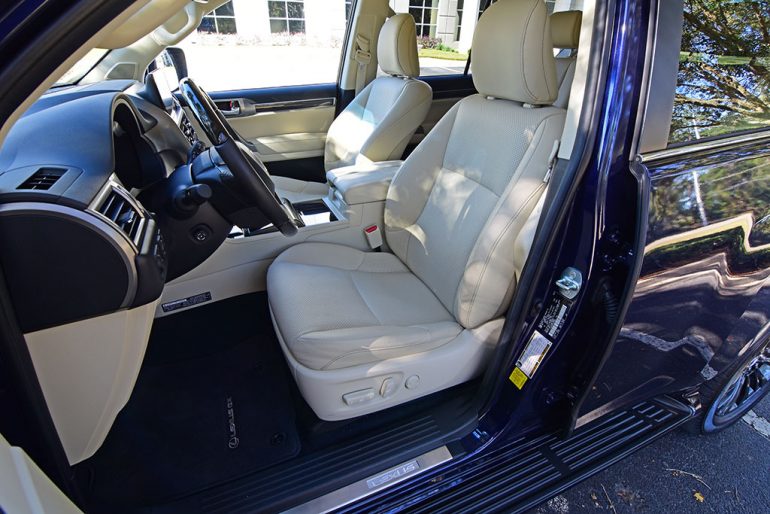 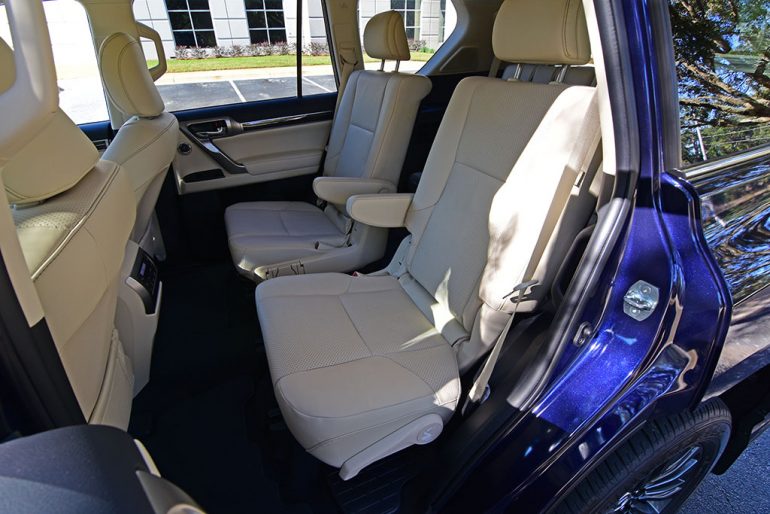 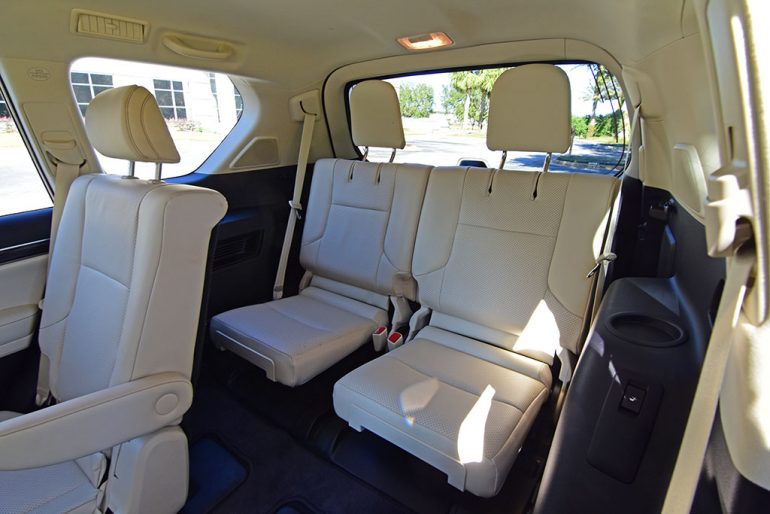 The unsurpassed reliability, rugged off-roading capabilities, and decent luxury accommodations in a mid-sized body-on-frame platform are factors that Lexus counts on in their choice to keep such a vehicle around, in addition to its respectable price that starts at $57,575. Opting for the higher Luxury trim of my test vehicle with the sport design package and off-roading package options brings the price to $72,800 (including a $1,150 delivery, processing, and handling fee). 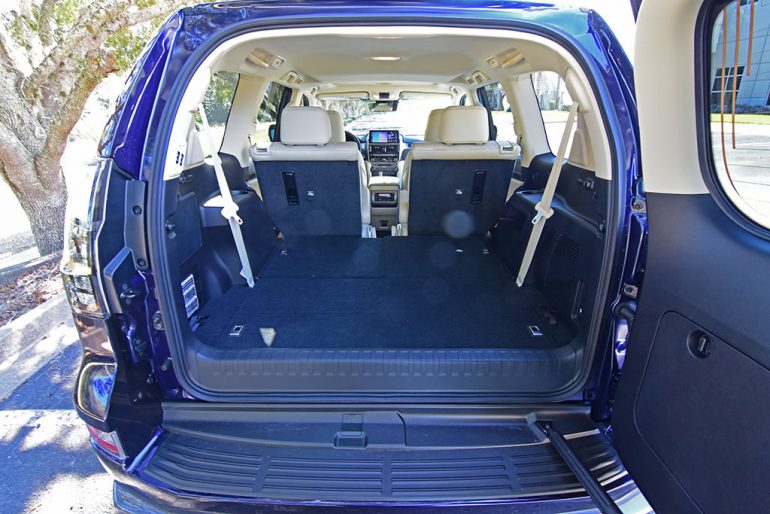